What Does VPN Hide, And Is Your Data Completely Safe?

So, exactly what does VPN hide?

We’ve written a lot about VPN services in our blog. Yet so far, we’ve barely even said anything on whether or not you could use it along with GoLogin. Now let’s delve into the specifics: how and what exactly a VPN hides and how one may use it in couple with our software.

Your IP and Geolocation

Before we start, let’s quickly brush up on what the abbreviation “VPN” means and does in general. A virtual private network is set across a public network so that you could send and receive data through an “underground” tunnel of the Internet and dodge unwelcome curiosity from hackers, ad companies, online retailers, and even government officials. Although many consider a VPN to be an anonymization tool, it does the job only partially: a VPN just hides your location and encrypts the data you’re dealing with on the Internet. In other words, it merely puts some layers of protection on your traffic.

So, how does it work in detail? You’ve probably played GTA, haven’t you? So, imagine you’re standing in a big mansion, having done something that pushed you up to a 3-star wanted level. On top of that, you have to bring a briefcase full of money to your partner before you can lie low. You’re a fair player, who doesn’t use any cheat codes, so walking just out there through the front door is pretty risky — the police will see you and probably shoot you to death. WASTED. 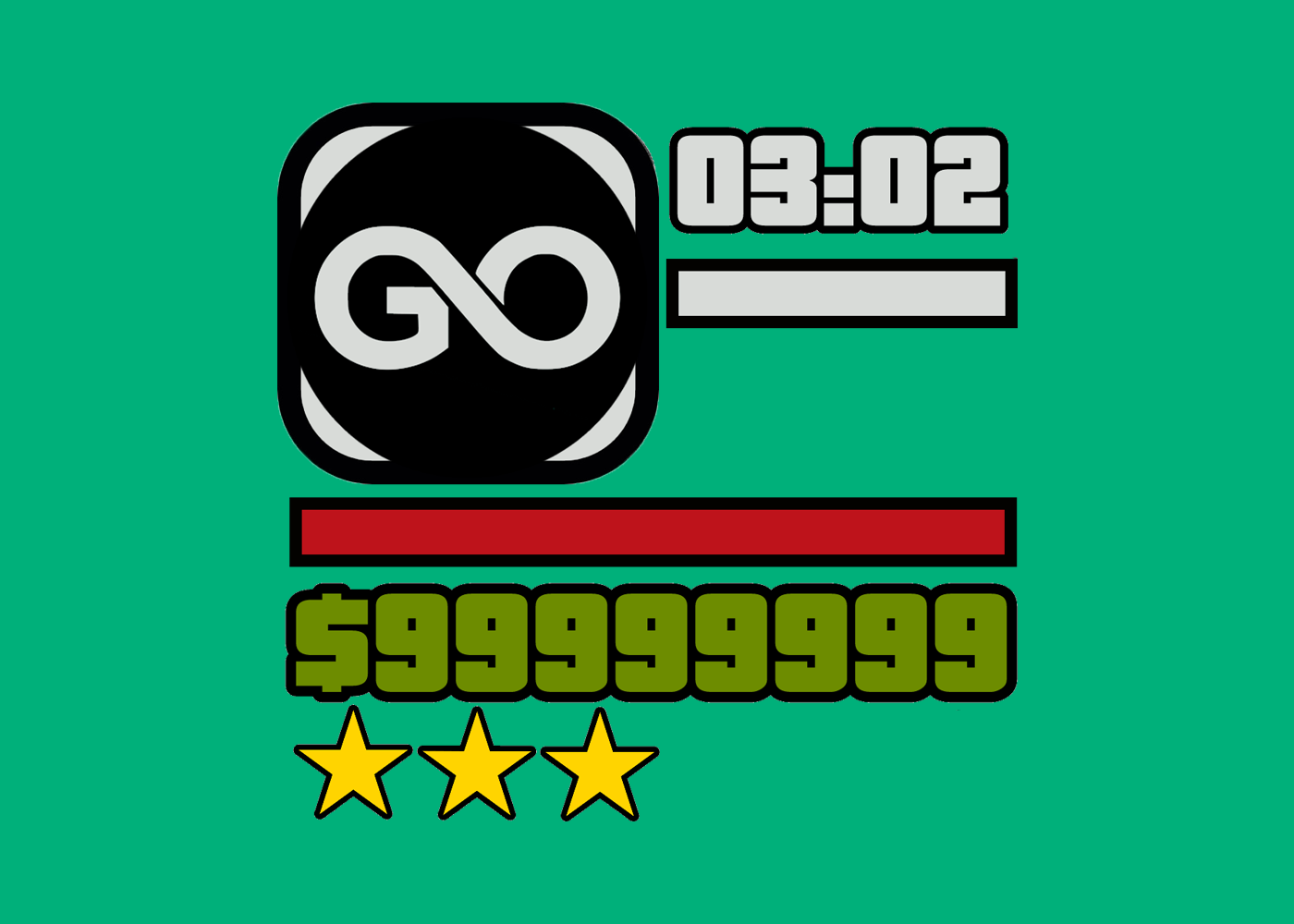 In this case, you’d better find another way so that you could pass the police unnoticed. Thus, your first step is to change your location in this mansion — find a door of which nobody is aware. Something in the back or even a secret passage — that will do. Once you change your expected location, it will be much more difficult for the police officers to find you, at least immediately.

A VPN works the same way. It hides your location, and you get on the Internet from anywhere else but your home. A VPN adds in an extra server that redirects your traffic and then relays it through a tunnel. When you turn on a VPN, you send a request to their server. From this point forward, all the information goes in and out as if it is not you accessing all those websites but someone else sitting in that different location.

Getting back to GTA — you pick out some hidden door to pass all the unwelcomed eyes unnoticed. While the police are expecting to catch you swaggering out of the front door, you are already sneaking around outside, looking for a car to scoot away. Moving on.

So now you’re outside, carrying a lot of money under your arm and trying to find a car. Which one is going to be a better choice? A yellow Lambo behind the bushes? Probably too flashy — it may draw unwanted attention. This truck you’re just hiding behind? Little too ponderous and loud. What about that ordinary sedan standing right a few feet away from you outside the fence? Inconspicuous, probably much easier to break in, this car certainly enhances your chances of safely escaping.

Now that you are inside the car, you’d probably instinctively like to shove your briefcase somewhere deep to make double sure it’s safe. Luckily, you notice there’s a small trunk right under your front seat, where you could put it in at ease. Now slowly start the car. Look around. All clear? Good. Oh, seems like you’re 1 star down. Move along. 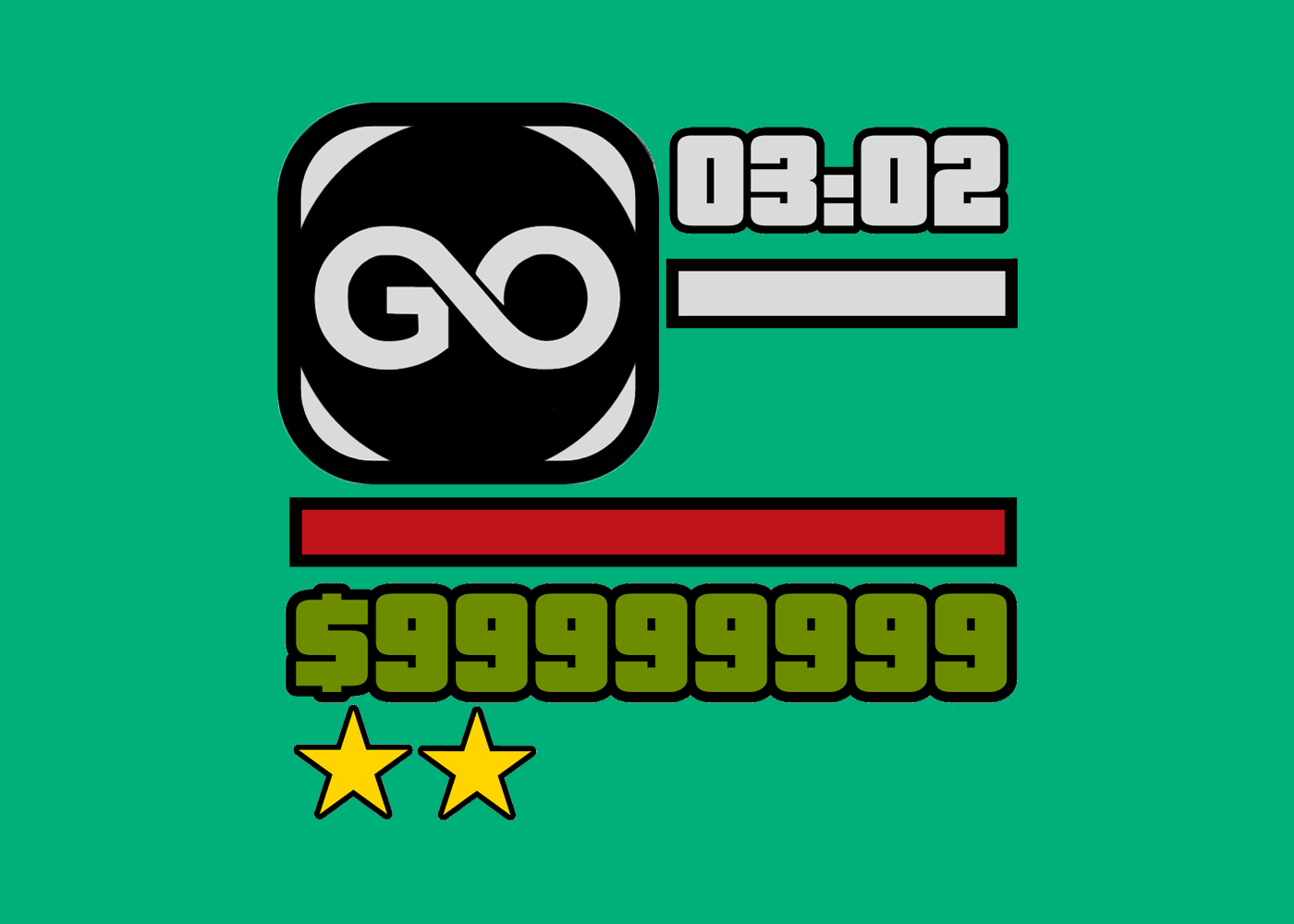 The briefcase, which you must deliver in GTA, stands for the personal data you’re sending and receiving on the Internet. You probably always want your data to be as protected as possible. How would you do that? Most likely, you will try to put a few layers of protection on your data. In GTA, your character would imaginably hide it somewhere in the car, with the briefcase on top of that having the lock combination.

Now let’s go technical a bit and explain it more specifically in a nutshell. A VPN secures your data by putting up a bunch of levels of encryption. The better a VPN is, the more and thicker protection layers it has. There are two key exchanges and two types of encryption involved here. When using the first key, the asymmetric key exchange, you utilize RSA — a public-key cryptosystem that is used for enciphering and decrypting data — and create a 4-key channel. The two pairs (a public one and a private one) are made both for you and the VPN server, double ensuring you’re not going astray and communicating with the right server.

After that, goes the symmetric key exchange. It’s designed to make your Internet surfing double secure. If somebody breaks into the first layer of protection set in the first step, they will have to decipher each session one by one. The entire encryption algorithm then deploys this key and encrypts your information moving around on the Internet.

The second type of algorithm used for this process is called the integrity algorithm. This algorithm is primarily exploited for making sure the data hasn’t been interfered with. It uses a math hash function to get a bit of the info you’re sending, which the receiver afterward may check in accordance with your private key. 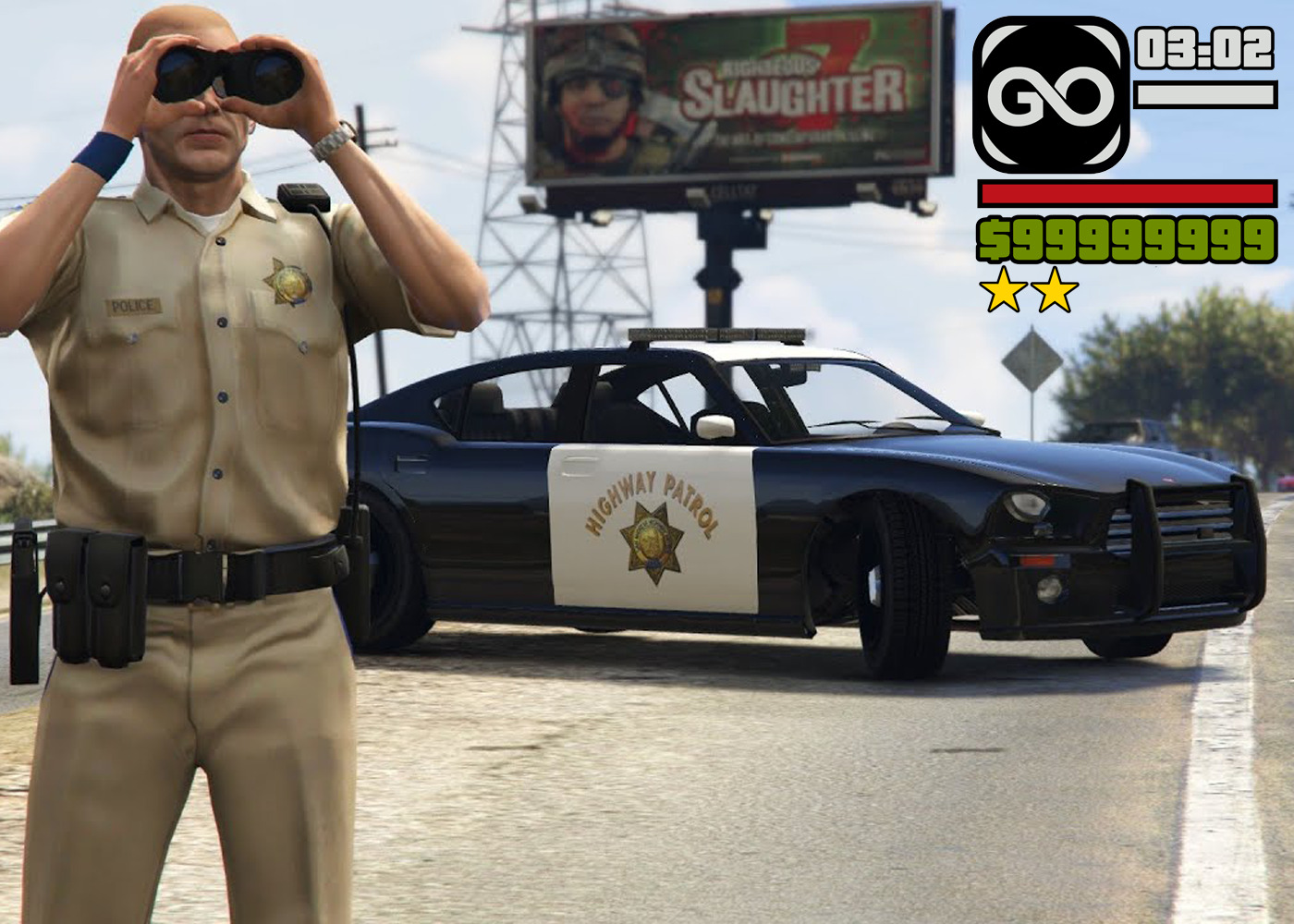 Simply speaking, a VPN at this point has “changed” your location and now is enciphering your data in order to lessen the probability of you getting caught. You’ve gone out the secret door, found the car, hid your briefcase, which in addition has the combination lock, and now slowly are leaving the place.

It goes without saying that a lot of websites have no problem at all detecting the usage of a VPN, especially if you stick to something popular but unbelievably cheap or even free. Not only do good VPNs hide your location and encrypt your data, but they also are supposed to hide themselves. Yes, you haven’t misread it! Good VPNs must do that, too!

Back to GTA. Now you’re in the middle of your journey, nervously driving the car on the lookout for the police. It’s been a while already, but you’re still at a 2-star wanted level, so going to the airport is not yet a good idea. However, you’re running out of time, laying the whole mission on the line. Something must be done. But what? How?

About to turn left, you see a couple of police cars checking on the traffic. In a panic, you abruptly turn right, and on the way down the street, you notice an auto parts store. Having pulled in right there, you get your car painted in a new color and do a little bit of car tuning just in case.

Driving out, you see a clothes shop across the road. Hesitating for a moment, you look around, then get out of the car, and go across to put on some new clothes. Congratulations — you’re now at a 1-star wanted level! 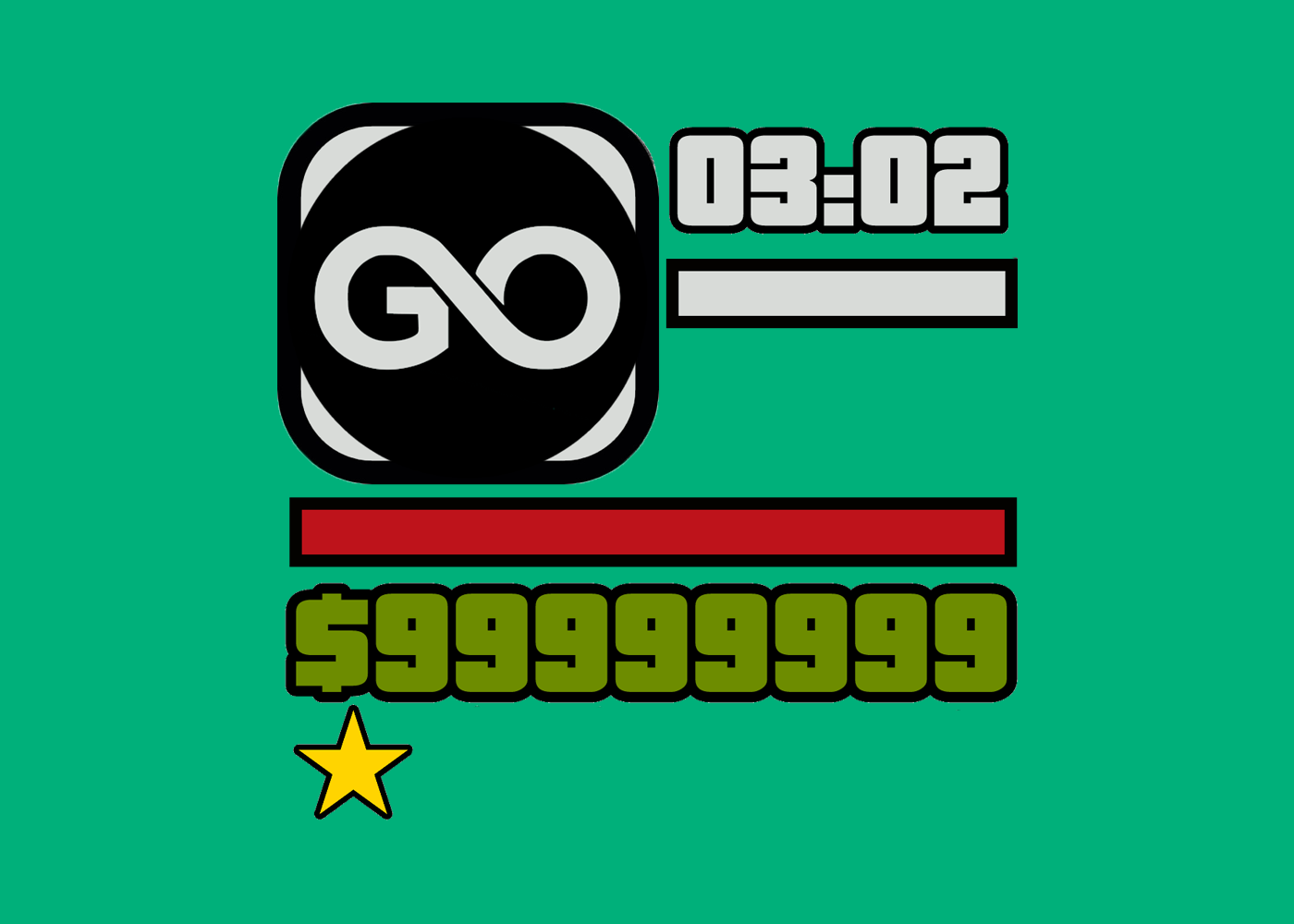 So, what you did was mask your car and yourself a bit, which also calmed down all this commotion around you. In real Internet life (“real Interner life” — sounds funny, doesn’t it?), a good VPN also hides itself, or, to be more precise, the fact that you’re using it. They achieve that via connecting you to the Internet through obfuscated servers.

To cut a long story short, obfuscation amounts to constructing certain algorithms that sort of make a VPN for your VPN. At this point, neither your Internet provider nor websites can see you have some software covering up your traffic — it looks just like any regular traffic.

To sum it up, you got out through an unknown door, chose an inconspicuous car, hid the briefcase there, and changed your clothes along with the look of your vehicle a little on your way. Or, to put it technically, you changed your location, redirected your traffic, encrypted your personal data, put a bunch of additional levels of protection, hid the mere fact of you using this VPN service. That’s how any good VPN fundamentally works.

Does a VPN Get Along With GoLogin?

Have you noticed something in between the lines about our GTA analogy? No? Reread the fourth paragraph of the previous section. Still not there? “Congratulations — you’re now at a 1-star wanted level.” This quote may shed some light. We’ve never mentioned anywhere throughout the text that you’re all clean, drawing no attention from the police at all (in our GTA comparison, of course!). 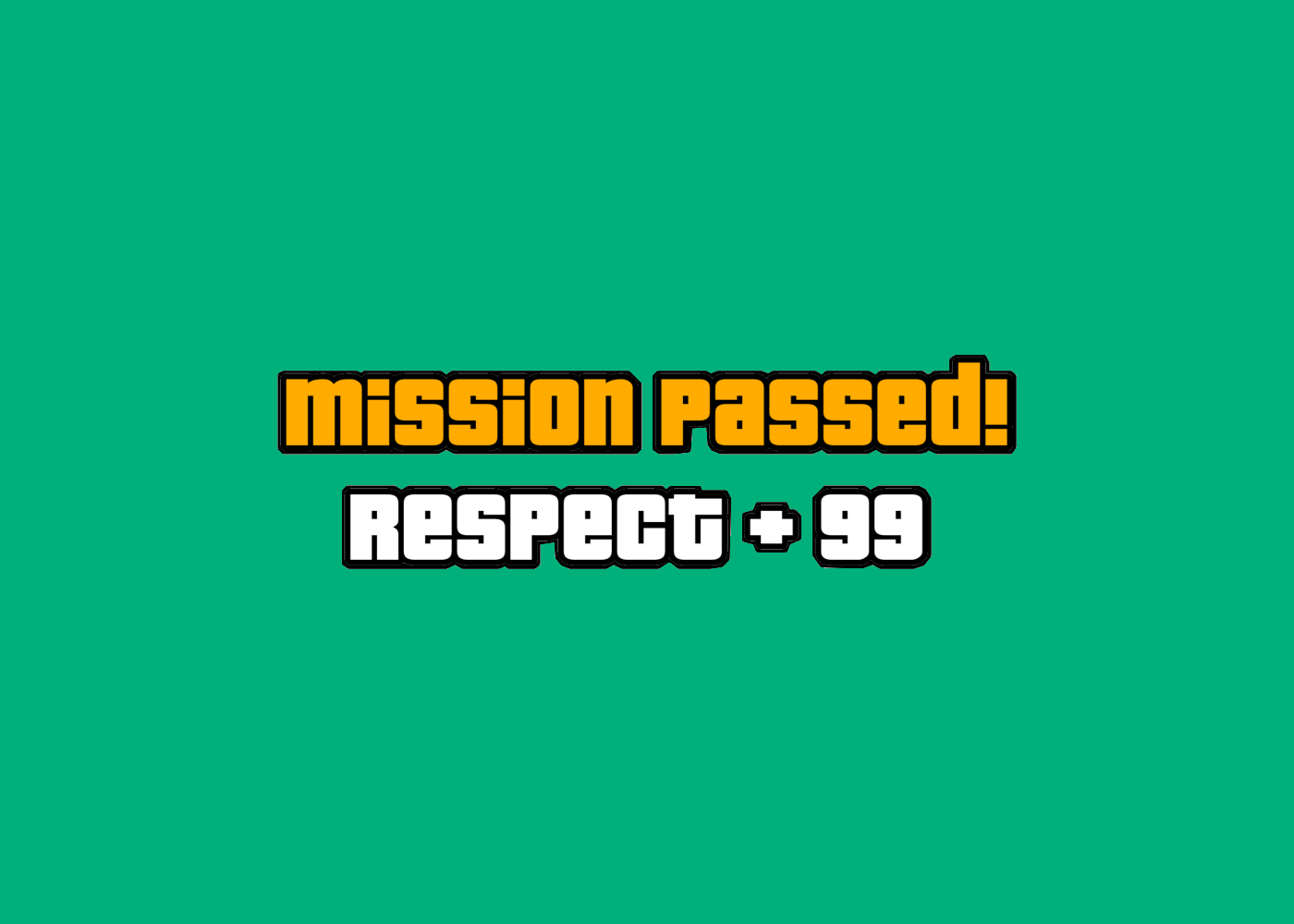 Although a VPN hides your location, encrypts and protects your personal data, and hides itself (if it’s a good VPN), it doesn’t 100% anonymize you. You’re still risking getting detected by your fingerprint, which VPN services do not mask.

It’s highly unlikely one could enjoy 100% anonymity or set up multiple accounts using just a VPN. It’s possible, but getting things to work in this case will be very complicated, expensive, and time-consuming. What you can do, though, is integrate a VPN with GoLogin. Yes, it’s possible!

You can do it in two ways: adding a VPN as a Chrome extension or just using it over your profiles, changing the location when switching between different profiles. The first one is a little bit tricky and much less secure, as you have to be certain every time you open your profile, the VPN is already switched on. Plus you cannot save your sessions, as there’s always a chance you may have some leakage before setting a connection right after opening a profile. Otherwise, your scrupulous work might get ruined in a second. You can sure make this work, but beware — it might be venturous.

Manually turning it on before opening a profile is a much better solution. In fact, if you don’t have too many accounts, a VPN, despite being less convenient, might be even slightly better than a proxy server since it’s usually more stable and encrypts your data, double securing your work. Just keep in mind the countries you set for different profiles and don’t open the ones having different locations at the same time. Other than that, you simply need to pick up a reputable VPN and turn it on over a profile — as you do when using any regular web browser.

Meet GoLogin 2.1.7 — Human Typing Emulation and something else…

The last update was last year, and we are ready to present you with a new version of GoLogin 2.1.7 Venus. What’s under the…