Proxy vs. VPN vs. Antidetect-Browser – What Are the Main Differences?

You might be wondering: why buy an anti-detect browser when you can easily go with a proxy or VPN? Fair enough, but did you know there’s a tremendous difference between the three? Although they are all designed to anonymize and secure you online, these tools share very few similarities and sometimes are not even interchangeable at all. Surprised? Let’s break them down and see what main pros and cons they actually have. 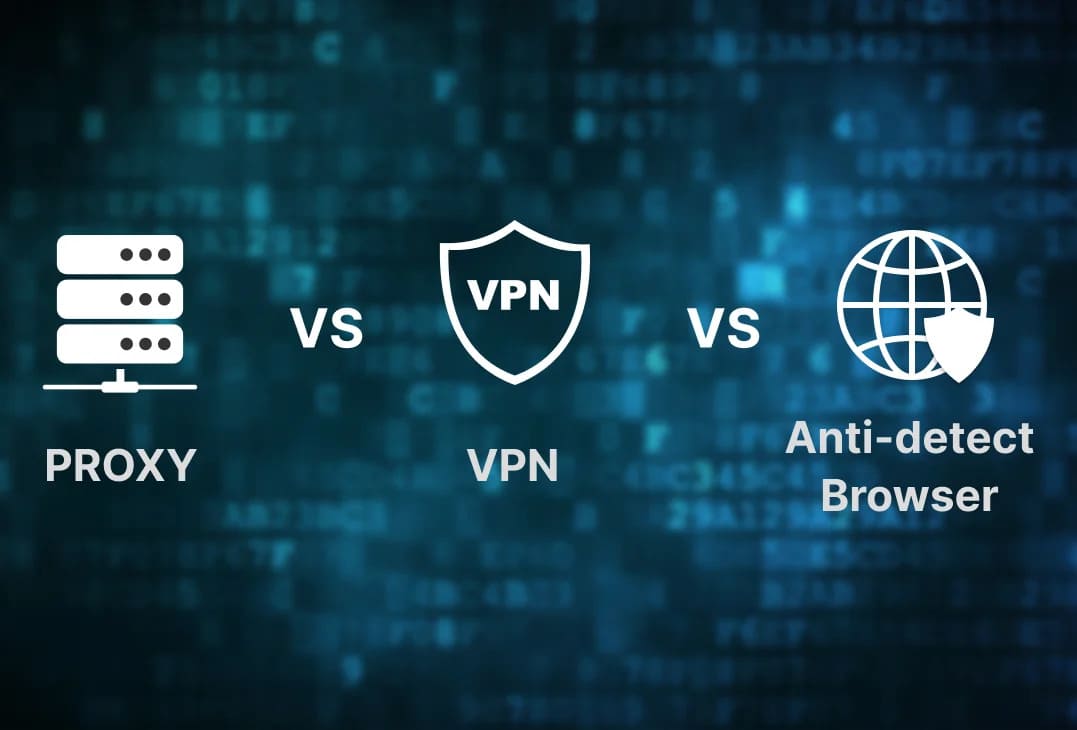 In a word, all three tools act as a middleman between you and the Internet and cover up your digital identity. However, the scope of a proxy server is limited to only hiding your IP address. Some services sure offer to mask your real fingerprint, but they often do it inconsistently and change just a couple of elementary parameters like screen resolution or OS. Proxies do not encrypt your traffic and do not protect your data — all they mostly do is merely hide your location. 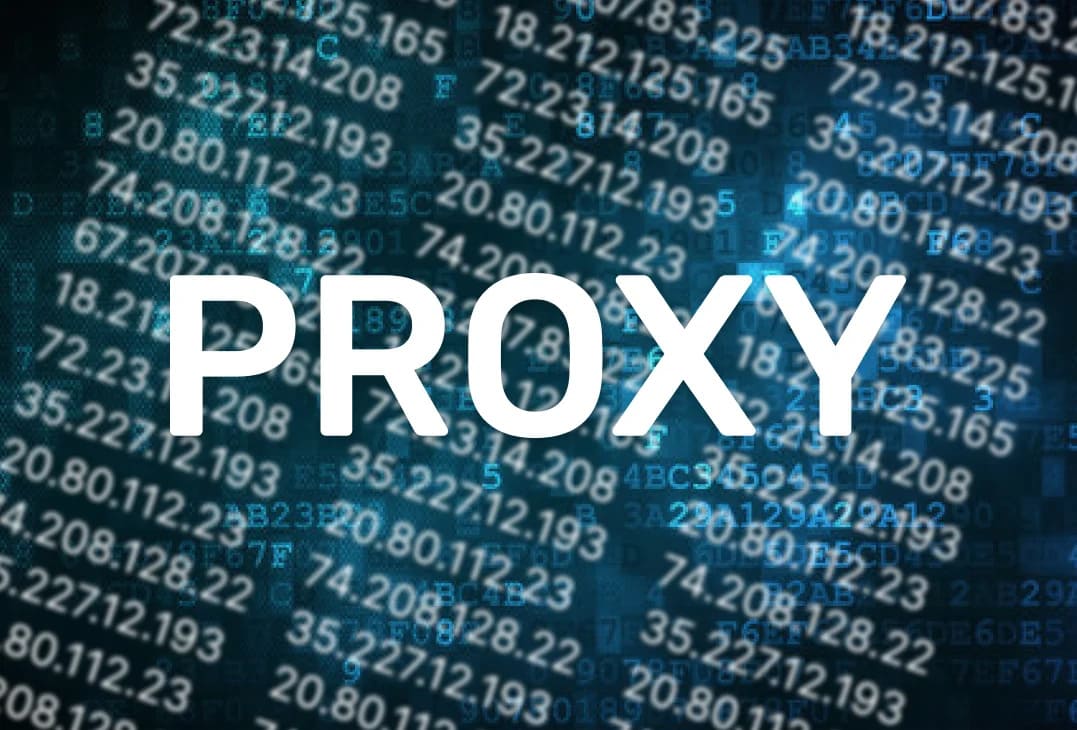 So, are proxies bad? Not really. Considering their affordability, they are fairly a good bet when it comes to doing something casual like getting access to a website that is blocked in your country for no particular reason. If you don’t care about your data too much and don’t need multiple accounts for running your business, this tool might be a nice pick for you.

It is also worth here mentioning that Tor proxies, which have been becoming very in-demand lately, are not as secure and all-around as you could have heard. Tor exploits three nested layers of PCs to redirect and encrypt your traffic. The private computers involved in the process are always randomly selected: you first connect to one of the entry nodes, which in its turn throws your traffic through a middle relay and then finally outputs it through the final exit node. Sounds anonymous, doesn’t it?

But have you ever asked yourself how come there are so many warnings out there advising you to cover up your Tor use with a VPN? Despite Tor having lots of legitimate uses, many governments still regard it as the main tool for committing crimes online, because it allows one to get on the “dark web” — the place where presumably all the “dark” Internet things happen. It may sound shocking to you, but oftentimes one of those nodes we have described above turns out to be a governmental agent waiting for someone like you to use Tor. No kidding. Beware, as it might draw attention to you you don’t necessarily want.

On the surface, this tool resembles a proxy so much that you may actually use a VPN and proxy together to enhance your anonymity. It is also often employed to bypass geo-blocking and network restrictions. But unlike proxies, this way of disguising is by far more secure and efficient. Apart from hiding your location, a VPN also protects your traffic so that you become a hard target for people you do not want to share your data with. 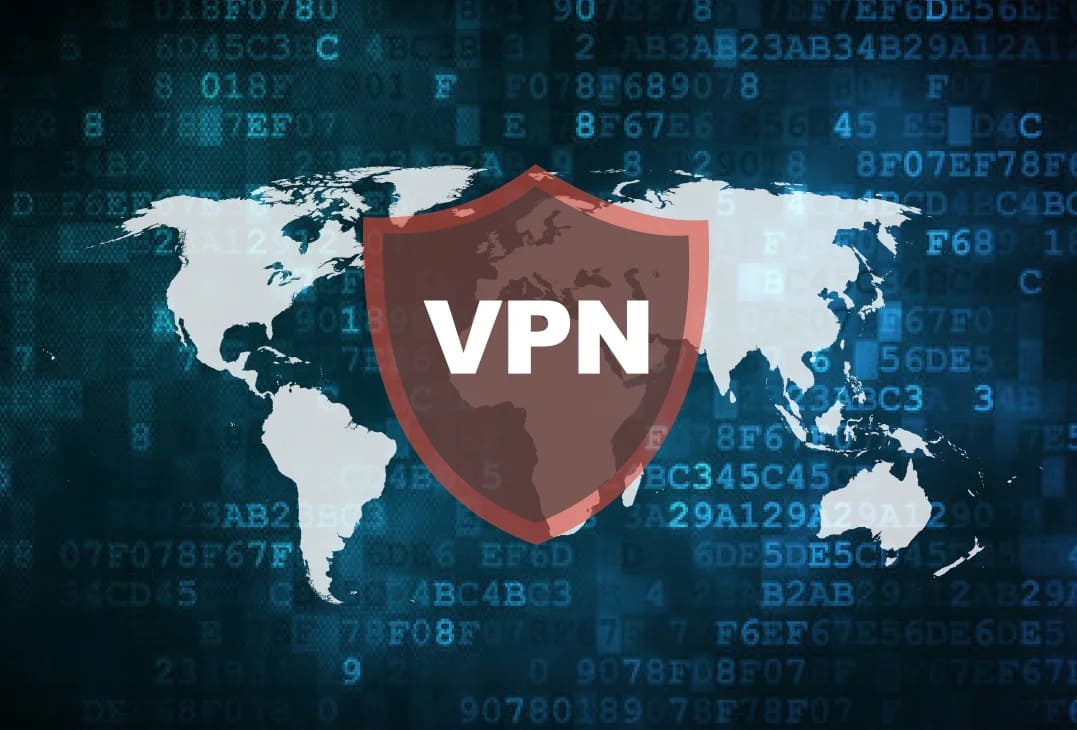 As you have probably already understood, the major benefit of this tool is the masking of your digital fingerprint. We are not going to explain what a digital fingerprint stands for again, for it was well covered in our other article here. We are going to pass on that part and instead focus on why hiding only your location is not enough to stay anonymous on the web today. 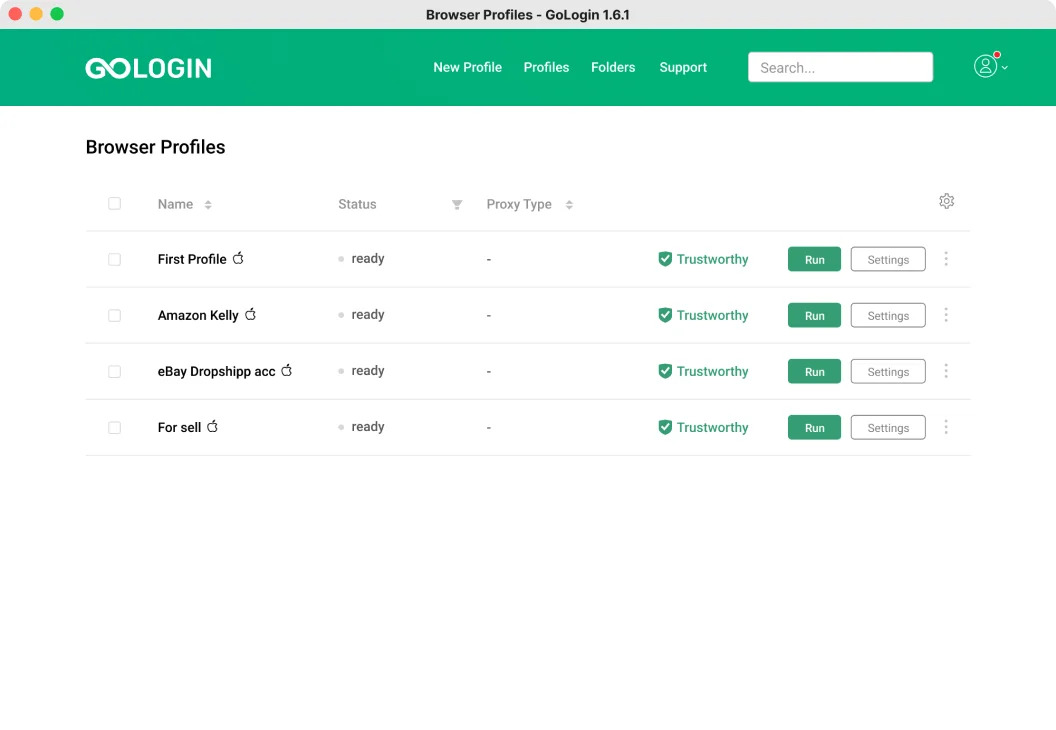 Many influential websites and IT companies long ago began to use more sophisticated systems for examining users’ activities. For example, Facebook not only parses the data of your computer but also allegedly analyzes your behavior — how much time you spend on certain videos, what you’re looking for, the way you click and communicate, and many other things that help the company more or less get the idea of your personality. You may change your location from Paris to Tokyo, but what’s the point of that if you are using the same device and not changing your behavior even a jot? In this case, it will be a cinch for a company like that to discover who is really sitting on the other side of the screen.

But!.. Things become much more complicated for them if you connect to the Internet from “other” devices from all over the world. In this case, websites mistake you for a completely new, real person and cannot detect your real identity. This allows you to thoroughly go anonymous and/or work with a big team because everyone can have their own “devices”. And not only do anti-detect browsers completely mask your personality, but they also do all the other things proxy and VPN providers do yet slightly better!

It covers up just about everything about your digital identity, including the hardware of your PC and all the trivial stuff like your language settings.

So… Who is the winner? Truth be told, there’s no winner among the three. All the tools of anonymization may come in handy, and it’s all basically dependent on your purposes, budget, and tasks. In some cases you can even use them together. You just need to keep in mind when which one is better and why:

Why information security is important?

Many routine tasks in the browser can be automated. Tools like Selenium help with this. They are most commonly used for testing Web applications,…

How To Choose And Rent a Proxy: To Each His Own