Why Anti-Detect Mobile Browser May Be the Future

Let’s get this started with a question: what device are you reading this on? A wild guess here: it’s either a smartphone or a laptop, but most likely the former. Smartphones have been continuously trampling desktops in the last decade, leaving other devices providing access to the Internet in the lurch. The only competitor left on the horizon is the laptop, which is already giving way in many cases. How did it happen, and where will the industry of anti-detect browsers be going?

According to StatCounter, mobile has a 54.61% share of the global market, pushing desktop back at 42.63% and tablet at 2.76% as of April 2021. The latter turned out to be so unpopular that it’s not even worth dwelling on it hereafter (not to mention, tablets also act like mobile because of their operating system).

One should, however, keep in mind that this data may vary a little when taking a look at specific countries. For instance, Germany, the US, UK, Canada, and France still favor desktop (Note: from here on out, we will be primarily meaning laptops by this word) despite mobile playing an important role even out there.

Yet, the worldwide tendency showcases that people will most likely be inclined to use mobile more and more in the future. There are few reasons for people deciding on smartphones over desktops.

You may be slightly confused about the information provided above. Does it really matter if you want to, say, create a couple of Google accounts to advertise your product? Well, surprisingly enough, it does. If you are not a rookie to our blog, you should know already that the idea behind any anti-detect browser is to merge with the usual crowd, not to stand out from it. 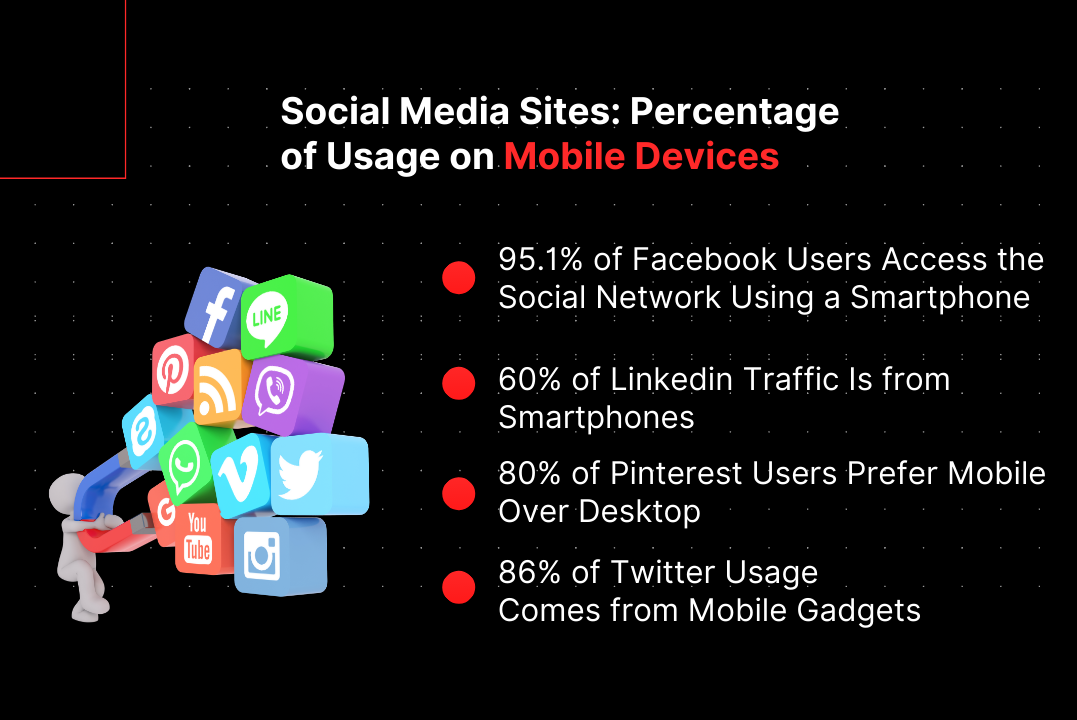 Such a huge gap between mobile and desktop in this field apparently exists because social media has been investing billions of dollars into bettering the mobile experience. For whatever reason, major social networks are dominated by mobile. And that – you cannot overlook. If you are intending to run multiple accounts on Facebook, Instagram, TikTok, or even LinkedIn, you are bound to consider doing it on mobile. Why? Because that’s the way to merge with the crowd, as the majority of social media users pick out smartphones over computers.

The market is rapidly changing today, and doing multi-accounting just using your PC very soon might not be as sufficient as it is right now. If you are already wondering how to hide your IP on your iPhone or Android while reading this, we have both good and bad news for you. The bad news is scrambling your IP address doesn’t 100% anonymize you and secure your work anymore. Even on mobile. The good news is the industry of anti-detect browsers has finally begun producing mobile anti-detect software. And GoLogin is in the lead. 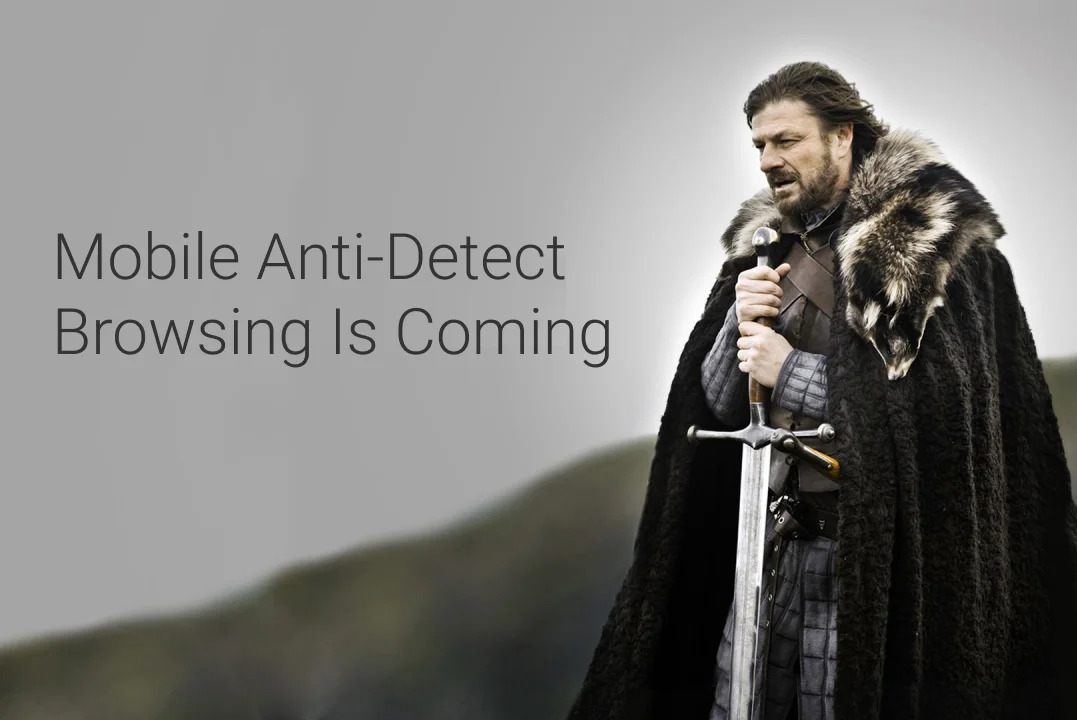 Why is stopping websites from tracking your IP on mobile is no longer enough? The better part of website security systems have gotten quite complex already to get you uncovered with only a proxy set up. You must be way more advanced than just hiding your IP.

Today lots of websites find mobile users by far more trustworthy than those sitting in front of their desktops. Not only because more and more people spend more time exploiting their mobile devices, but also because there are not so many tools for covering up your identity on mobile. There are, of course, proxies and VPN services,

but they do not mask your fingerprint which is a crucial thing when it comes to creating multiple accounts. Does this mobile-ish trend mean computers are about to disappear from the shelves of electronics stores? Not necessarily. Laptops may completely replace regular PCs, but it’s very unlikely mobile will be dominating the market entirely, at least not in the years to come. As it’s been said, PCs still find their usage in many cases where iOS and Android are yet too weak to be considered somewhat rival. We believe the successful anti-detect browsing will soon require a mix of mobile and desktop. There’s a bunch of interesting facts about desktop usage that underpins our standpoint.

So, a piece of advice here: look forward to mobile devices but don’t write off the desktop, because it’s still going to be in use.

Since the real user today utilizes both their smartphones and desktops, we took that into account and developed our own mobile anti-detect app which will make you look more ordinary. Although mobile usage varies based on the country and purpose, we presume that using our software on smartphones will expand anti-detect opportunities, making your work safer and more stable. As of June 2021, the things you can do on our mobile app are as follows. 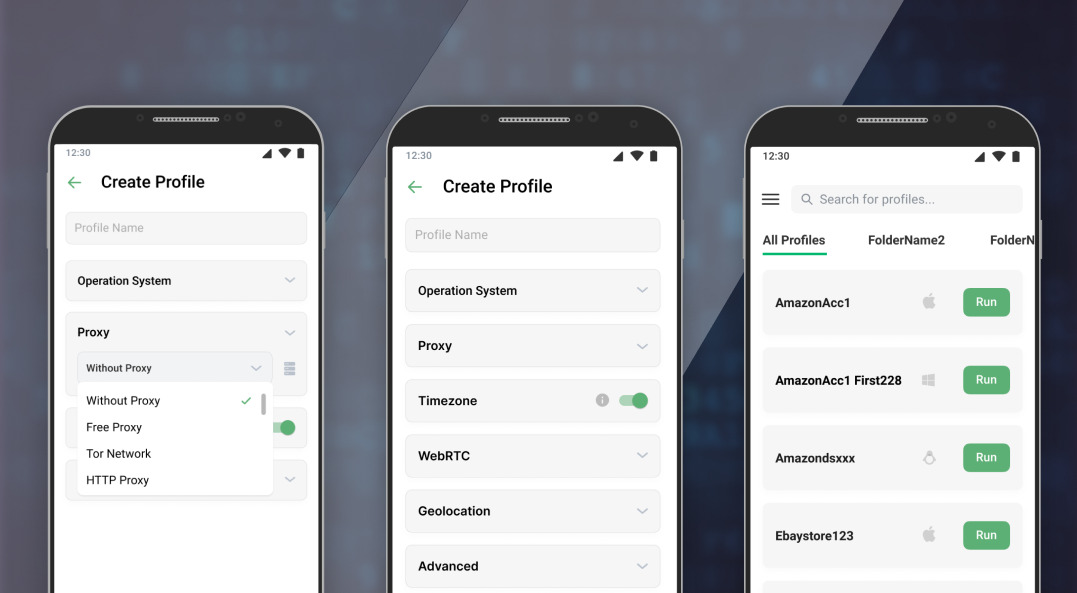 One thing might puzzle you – where’s iOS (iPhone)? The thing is that Android grabs about 72.2% of the mobile OS market worldwide. Despite iOS also having a significant share of 26.99%, we will be mostly focusing on developing the Android emulation, as it’s again used by way more people. However, we may consider developing the iOS fingerprint in the future, too.

Bear in mind that our mobile app is still being developed – if you have any feedback or want to report a bug, feel free to contact our support team.

How to Avoid IP Blocking?

All sites on the Internet are trying to protect themselves from cyber attacks and bots. Usually for this, sites use the obligation to log…